How Johntown Crier Press Came To Be 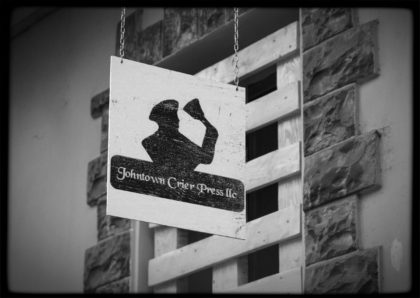 I suppose if I was, to be honest, our story started many years ago. As a youngster, I lived in a large civil war era home, surrounded by thick dark woods.  It was in those woods, about a month before my tenth birthday, that the seeds of this company were sown.  I was hunting late one afternoon with my two faithful companions, Butch, a Curbstone Setter, and Brownie, a mongrel.  Both were fearless.  We were hot on the trail of an ill-fated woodland creature when we slid down the bank of a creek and came face to face with what I can only describe as a Sasquatch.  It was about eight and a half feet tall, covered in grayish-brown hair, and looked very much like Chewbacca from Star Wars.  I did what any reasonable nine-year-old would do.  I ran—the one and only time in my life that I ran from anything.  I went home and told anyone and everyone who would listen.  No one believed me, but I know what I saw.  I put it away in the back of my mind and continued on with my life. The year was 1972.

Since that time I have seen numerous things that I cannot explain using conventional wisdom, so I am forced to believe that conventional wisdom is crap.  I finally began to write about some of the things that I encountered. Fortunately, I have had a number of horror stories published and was able to self-publish a book of short stories. The problem I have run into lately is that, no matter how good of a writer one is, larger publishing companies are not interested in publishing stories that run opposite of mainstream ideologies.  So instead of running, as I did with the Sasquatch, I have applied the skills I learned as a boxer, martial artist, law enforcement officer, and minister–I plowed head-on into this thing with my own publishing company. 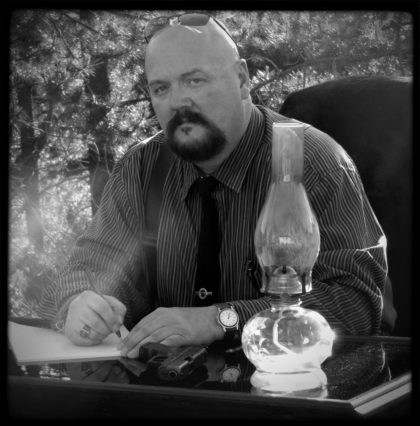 Ezra T. Gray grew up in a small town in the mid-south where he was born again at the age of eleven while attending an old-fashioned Pentecostal Revival. While the road may have been rocky, he has always maintained his relationship with Jesus Christ. After graduating high school, he joined the military. He attended John A. Logan College and Southern Illinois University, majoring in Criminal Justice and Administration of Justice. He has since spent his time working in various positions related to that field.

In his travels Ezra visited many exotic locations and has crossed the United States from coast to coast, living in places as far apart as Maine and Alaska.

Ezra has many varied interests. He is a 32nd-degree Mason, an ordained minister, a black belt in Judo and a firearms instructor. He is also a dedicated Biblical scholar, studying scripture three times a day without fail.

Writing has always been one of his passions. He began writing short stories years ago for friends and subsequently had some published. He has several published novels and a collection of short stories. 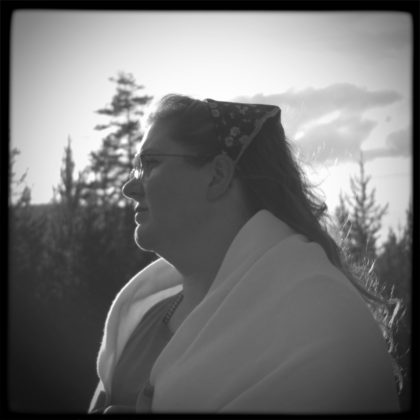 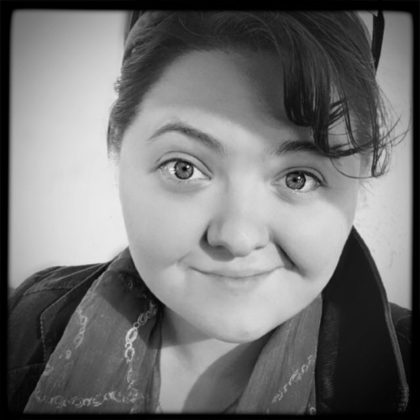 Amelia Gray is the book designer and web designer for Johntown Crier Press.